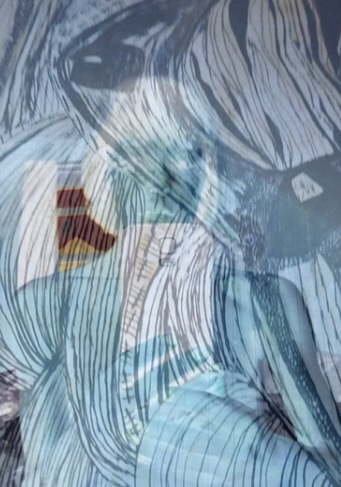 I’m just going to spit it out: I don’t want to sit at your fucking table

I attend gatherings to rub noses, but avoid dinner parties. If I were to show up at a dinner party, I’d be present. I wouldn’t be there for dinner. It’s for the best. Performance anxiety would kick in once I sit at the table. Then I would suddenly rattle off confessions as if being there was going to kill me.

Don’t fucking give me, “It’s okay. Everyone else is eating too.” You’d have to pull me by both wrists to get me to put my small bowl of veggies between bodies. Behind me would be the all-knowing Evangeline (Her other name is “ana” with a small “a.”) with her plank-toned arm snaked around my waist. The health and wellness guru would remind me that I should feel guilty enough that I can barely squeeze between two other guilty guests. Evs and I both know even if there were smiles and laughter, that there would definitely be an abundance guilt to match.

Everyone else is eating. Great! Everyone is also talking out of both sides of their mouths. Eating, enjoying, judging themselves which then justifies my shame over eating. What’s “good.” What’s “bad.” What’s “fattening.” What’s that “extra” that will mean an “extra day at the gym.” What they can have. What they can’t have. Again, all statements that give the power yogi license to lift my cocktail dress and use her sharpest crystal to carve tallies into my pale thigh.

None of it would serve anyone inside or outside of the walls. Where others would see a couscous salad, I would see pieces another ill-fated serving platter. The idea of getting cut from all angles motivates me to cling to the kitchen counter to pick charred garlic cloves off of roasting pans and wash every dish until it’s time for a cup of coffee and an ogling session of the host’s vinyl collection. The faint sight of a dessert makes me turns my downdog into a rabid German Sheppard. Evs is merely trying to prevent the tug-o-war of, “Just a bite, please,” “No,” “C’mon,” “I said no!” She doesn’t want to see me spill my hot drink and the gory details of two decades that left me with bum ovaries. We don’t benefit. It’s just an opportunity that some stranger gets to have their lava cake and their, “But you don’t look like you have an eating disorder,” too.

Alas, this would be a peaceful gathering. I couldn’t go on such a diatribe. I’d just bus the table one more time. I’d think about how I would edit my movie. My eating disorder wouldn’t be rehashed with selfies from 2015 on, but with spliced scenes that would depict what it turned me into. It would be 2016’s disjointed time line of me being bossed around by Evangeline followed by protagonist Rowan seated across from a high-strung paramedic to boast about the terms that she wrote for her clients. The medic would push Rowan’s toe away from his groin then we’d cut to narrator Elaine “DJ Laine” Harper who would dryly decline requests from hipsters before slamming the door. That door would open to me on the living room floor, Harper’s mix du jour on full blast, scribbling out another writing exercise that takes place in a music venue called Vessel.

When I attempt to write about what the eating disorder has given me, instead I go to where the dancers channel Salome and most of the bands have at least one John. It’s childish, but take into consideration that the only thing that has gotten this misfit kid through any dinner was the promise of music and melodrama afterward.

Which brings me to relapse.

The only time that I felt that I had a place in this world is when I half-naked in front of the camera, skeletal, veins pulsating, relieved that I didn’t look like me anymore. I was nonexistent. I have always hated existing. My mantra has always been, “Don’t be yourself. Be someone better.”

What stops me from going full-throttle back into extreme starvation? Elaine Harper once cried during a draft, “The afterlife is silent.” She’s not real, but she’s not wrong. When it is all over, there’s nothing for us to sing along with during long walks. Dying made me feel perfect, but being without music makes death unappealing.

For the sake of my safety—mine, just mine—my body need its soundtrack. Sitting and eating just turns the volume up on the bitch monster, her calculations, her comparisons, her choices. No amount of tell-alls, sick pics, or articles can sum it up within a few hours. I have my knowledge, my experience, my foolishness in my arsenal. Still, I never fly solo when I walk into a room. I have whatever character is going to see my through my time in spaces to act as my shield.

Once we’d escape this hypothetical soiree, we’d pick an album that we can all agree upon, we’d get on our yoga mat, we’d get to work.

Mindful Market is the world’s first platform dedicated to conscious consumers, who shop based on their values, and conscious businesses who want to make the world better.