Want To Advance An Unpopular Cause? Sell Popular Stuff. 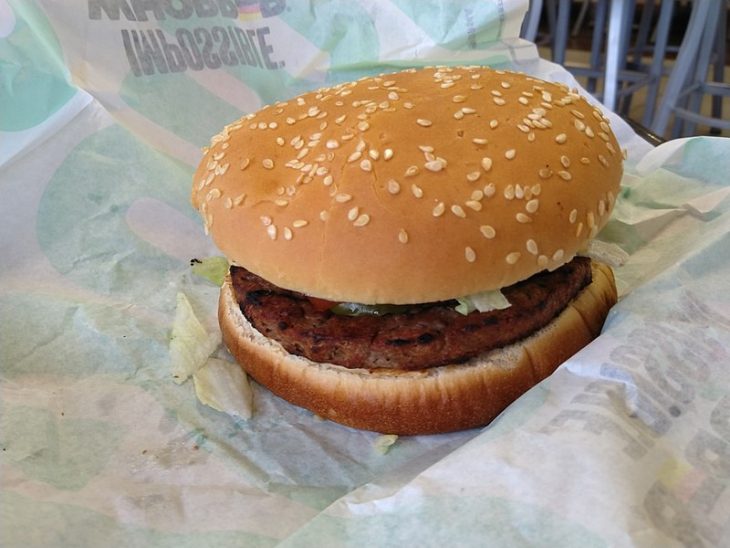 Its debut was so successful that patty supplier Impossible Foods ran low on its fake beef. In St. Louis, Mo, the first city to experience the craze, Burger King foot traffic increased by 18.5% for April. And for 2019’s third business quarter, sales rose by 5% at Burger Kings that had been open for at least a year. This was the company’s strongest growth since 2015.

Counterintuitively, most of the customers behind this success weren’t vegetarians.

In fact, Burger King never marketed the Impossible Whopper towards vegetarians. Neither did Impossible Foods, who aims its fake meat at omnivores for a cause — the company hopes that by making ultra-realistic meat substitutes, it will make meat obsolete by 2035.

“I love vegetarians and vegans as much as the next guy,” said Pat Brown, founder and CEO of Impossible Foods, “but that is not the customer we care about.”

Impossible Foods’ plan just might work, because according to research firm The NPD Group, a whopping (pun intended) 90% of people who eat fake meat also eat the real kind. The firm states that these customers appreciate having options. Many of them, especially Millennials, use plant-based meat alternatives to indulge without betraying health goals.

Why is it counterintuitive for meat-eaters to consume fake meat? After all, many people like to try new foods. It isn’t strange for non-Japanese people to like sushi.

Perhaps it’s because, until recently, mock meats haven’t tasted like their real counterparts. And because they were marketed as meat substitutes, people were disappointed. To buy them was seen as settling for less, although perhaps for a good reason.

The Impossible Whopper is different. Thanks to iron-containing heme, which makes meat taste meaty, it tastes like a real beef hamburger (whether it tastes like a Whopper, however, depends on whom you ask).

Living Ethically Requires Self-Discipline… Until You Make It Convenient

Food is so much more than nutrition — it’s a part of culture, a link to the past, and a powerful form of social bonding. As a result, renouncing meat, dairy, and/or eggs doesn’t just lead to withdrawal cravings; it can cause culture shock and loneliness. It’s no surprise, then, that only about 5% of Americans are vegans or vegetarians, which hasn’t changed much within the past three decades.

With little success, (ideological) vegetarians have long tried to convert meat-eaters. Most people aren’t persuaded by rational debate on emotional subjects like food ethics. And even when faced with horrific farm conditions and anthropogenic climate change, they assuage their guilt with denial, compartmentalization, and other mind tricks. The more uncomfortable it is to be ethical, the more likely people are to prioritize comfort.

That’s why the key to speedier progress in animal liberation, conservation, and the fight against climate change isn’t veganism; it’s displacing unethical products and services with more appealing alternatives.

This isn’t to say that going vegetarian or vegan is futile — far from it. By going vegan for a month, you could save 30 animals, prevent 620 pounds of CO2 emissions, and spare 913 square feet of forest. But most people won’t join you, and they’ll keep thwarting your causes until they change their behaviors for different reasons.

“Our products are going to get tastier, healthier, more affordable and better in every way, continuously into the far future, and the incumbent meat industry is just standing there, waiting for the tsunami.” — Pat Brown, CEO and founder of Impossible Foods

It’s hard to believe that fake meat could ever replace the real kind on a mass scale, but similarly massive changes have happened before. Imagine if automobiles had been made to liberate horses. The intention wouldn’t have made a historical difference; in both that alternate universe and our real one, people wouldn’t have adopted cars out of compassion. Automobiles are simply better than horse-drawn buggies, and now they’re the default mode of travel.

Though I’ve focused this article so far on vegetarianism, the bigger point I want to make applies to conscious consumerism in general. Though individuals can do great good with their purchases, they can’t convince everyone else to shop with their criteria. And sometimes, this isn’t even due to personal weaknesses; equally passionate people can have competing ideologies.

That’s why no matter what the movement, conscious businesses have a massive advantage over conscious consumers — they can sell things to people who don’t care for their causes.

This approach to the conscious consumer movement can make everyone happy. Nobody likes to be told what to do, and nobody wants their cause to be stagnant. When ethical goods and services appeal to most people, society improves without a struggle.